Whale watching in Iceland is very popular and is constantly becoming more and more popular. Everyone wants to come and see these huge animals in our huge ocean. Whales are mammals like humans, and they produce live offspring, not eggs or roe like other fish in the ocean. There are about 89 species of whales in our ocean and most of them can be found off the coast of Iceland.

There are whales around Iceland year-round which makes it possible to go whale watching all year round in Iceland.

Icelanders have always hunted a great deal of whales as well as seals ever since the days of settlement.However, whale hunting is declining, to the joy of many and dissatisfaction of others. I’m not going to express my opinion on this in this blog.

Reykjavik is of course the most popular place for going on whale watching tours. Reykjavik is the capital of Iceland and most tourists visit the cityyear-round.
There are small towns all around Iceland that have whale watching boatsbut they don’t do tours all year round. These towns includeAkureyri, Keflavik, Grindavik, Vestmannaeyjar, Húsavík, Ísafjörður and more.
But because of the decrease in the number of tourists during winter, many of these towns shut down the whale watchingin wintertime. 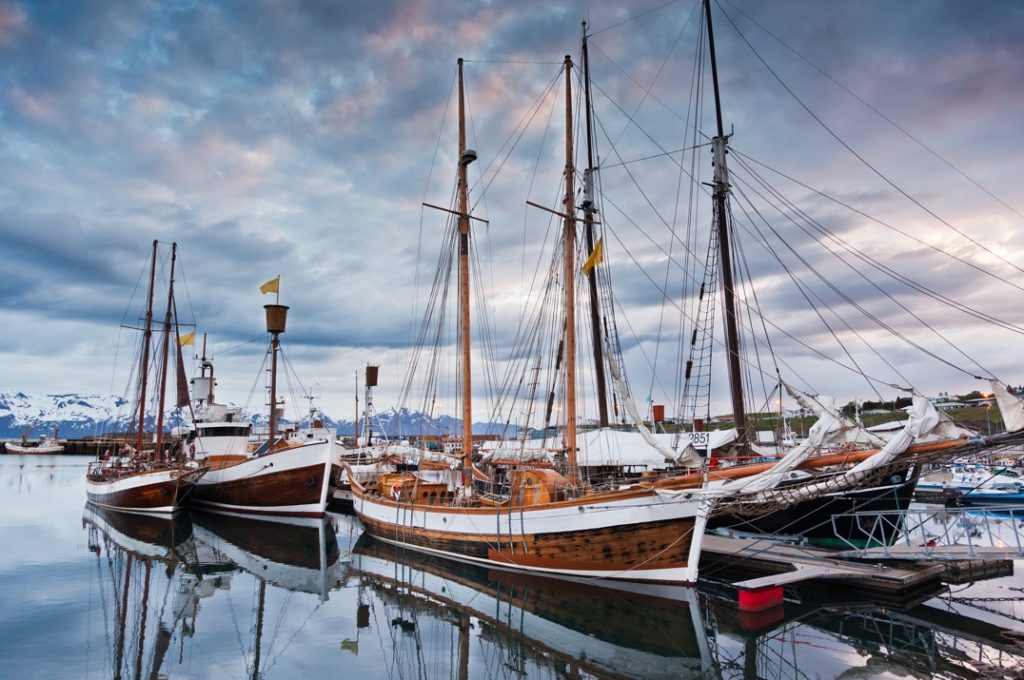 There are about 30 species of whales in Iceland, but not all live here year-round.

What‘s the best time to see whales in Iceland?

There‘s no question about this! Summer is by far the best time. Not only because this is when we have the best weather, but because you can see all the whale species that live around Iceland.
It is much more enjoyable to see the whales break up to the surface when the sea is smooth and the sun is shining. If you have a drone to photograph with, then this is also the best time to capture it on camera.
It is also much more enjoyable to be out in good weather, instead of stormy waters with the risk of getting seasick, and being able to be out on deck and enjoy looking for whales, not freezing to death.

You can also see whales everywhere around Iceland in the summer. So this is no question. Summer is the best time to go whale watching.

I’m going to mention below the species that live here in Iceland and write a little about them. I will also mention the places in Iceland that you can go whale watching and which tours are best to take.

The Blue Whale is the largest whale on Earth. It‘s the largest animal species on Earth and the largest animal species that has ever lived on Earth.
The Blue Whale lives around the coast of Iceland all year round and it has been protected since 1966. That means it may not be hunted and eaten.
This whale can be seen all around Iceland throughout the year. It is, however, very unlikely that it goes into fjords and especially small fjords. It is mostly seen in bays and large and wide fjords. 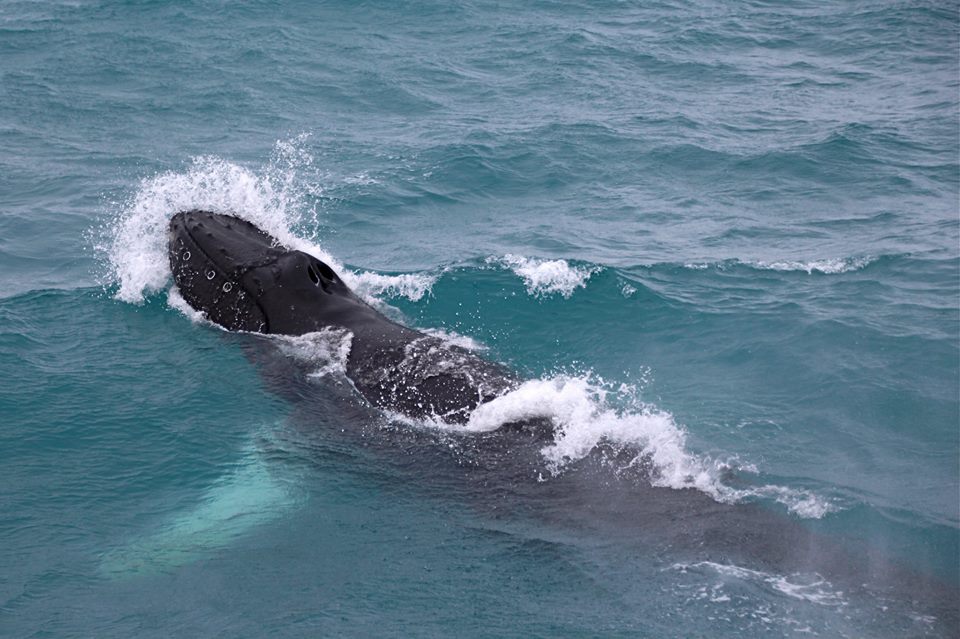 The Humpback Whale is found all around Iceland all year round. Although most of these wales head south to warmer seas over the winter, some are still left around the coast of Iceland.
Icelanders hunted many of these whales for centuries. In fact, it was overfished because it was always to be found around the coast of the country, but after this overfishing it started keeping its distance.

The Sperm Whale is the whale that was in Moby Dick. The whale that attacked a ship and sank it.
These whales are found in all oceans of the world and usually stay out on the ocean and rarely come towards the coast. Although they sometime do.
The females stay in the warmer seas while the males prefer the colder seas.
The Sperm Whale has not been a popular species for hunting in Iceland. Probably because how far it was to get to them. It‘s not very common to see them during whale watching tours but it happens occasionally.

The Minke Whale is the whale most fishermen recognize. This is the whale that is hunted the most in Iceland.
The whale is found around Iceland all year long and stays in the northern hemisphere rather than the southern hemisphere.
The Minke Whale is found everywhere around Iceland and this is the most common whale to see in whale watching tours in Iceland.

The Sei Whale is a species that is found all over the world. This is a common whale to see in whale watching tours in Iceland. This whale has been hunted but mostly by Norwegians.

The Long-Finned Pilot Whale is a whale that lives exclusively in cold seas like the Arctic and the Antarctic Ocean. This whale is always in large pods and they are abundant around the coast.
These whales often get beached and in the Faroe Islands this is used as a hunting method as the whales often get slaughtered as they become beached.
This whale can be seen all around Iceland.

The Harbour Porpoise is a whale that most fishermen should also know. It is very common to get this whale as a by-catch, especially in the net. This is the smallest whale that lives around Iceland and it is to be found everywhere all year round. It mostly lives in the fjords.

The Killer Whale is famous here in Iceland, especially for the movie Free Willy. Keiko (the whale from the film) grew up in Iceland and the Westman Islands.
These whales are here all year and live in all seas of the world.
They go far out to the ocean in the winter but stay around the coast during the summer.
For this reason, it is not common to see them in winter whale watching tours in Iceland.

Where are the best whale watching tours?

Well that depends a little bit.
I think the most beautiful nature to be surrounded by while watching the whales would be in Breiðafjörður. Then you can take whale watching tours from Ólafsvík for example.
Setting out from the Westfjords can be great too. Like leaving from Hólmavík.
The Westman Islands also tops the list. I think this would be at the top of my list. Seeing the whales there from a rib boat is completely amazing.