The list of major attractions around the world is not complete without mentioning Iceland’s Northern Lights. For years, this has continued to draw in people from around the world who wish to watch the auroras dance and marvel at the incredible natural beauty of the island. With a smartphone or professional camera and lists of activities to check, there is no doubt that you will have the experience to remember. However, to enjoy the northern lights in Iceland, you need to go at the right time. Although these lights are always present in Iceland’s skies, they are quite fickle and can only be seen under certain conditions and at specific times of the year. Now, you have so many questions that you need answers to. Where should I visit to get a higher chance of seeing the Northern Lights?What is the best time to see northern lights in Iceland? What else can I do in Iceland during my vacation? Where are the best places in Iceland to increase my chances of seeing the Northern Lights? We will tell you all about it here.

What to expect when you want to see the northern lights

The Northern lights, also known as the Aurora borealis, really do live up to the hype surrounding them. You get a once-in-a-lifetime chance to do this right, and that is why you need to know the best time to visit Iceland to see them. The Aurora Borealis is a name gotten from Aurora, who is the Roman goddess of dawn and Boreas, which is the Greek name for the north wind. The first thing that will catch your attention is how the Northern Lights dance magically across the sky. In an array of beautiful colors swirling before your eyes, you get to witness a display that is nothing short of unique and amazing. A lot of people have been quoted as saying that viewing the Northern Lights can be termed a life-changing event, and it is not hard to see why. However, as a natural phenomenon, they are quite unpredictable. Visiting Iceland is, in itself, a fantastic experience. You get to witness a winter wonderland filled with beautiful sunsets, fields covered in a blanket of snow and waterfalls at almost every corner. The cherry on top is viewing the Northern Lights while on this trip. So, when is the best time to see the northern lights in Iceland? 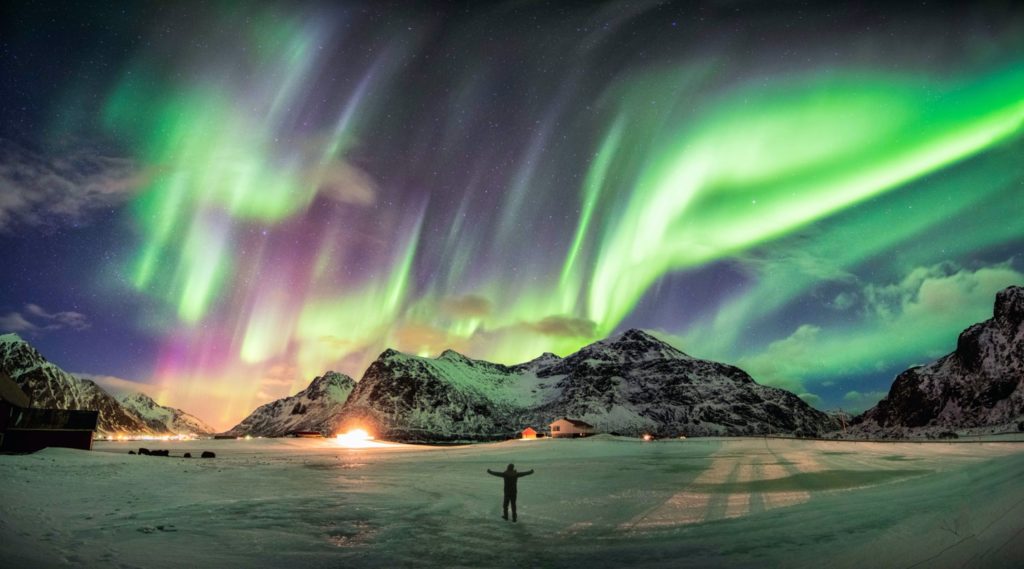 The best time of the year to see the Northern Lights

Having mentioned already that the Northern Lights are a natural phenomenon, no one can accurately predict when they appear, except maybe about two hours before. However, you definitely can’t come running from another part of the world at such short notice. But here is what we know. For the northern lights to be visible, there must be darkness. This incredible phenomenon is very dependent on solar activity. This means that there has to be a combination of intense solar activity and clear skies, not to forget the complete lack of light.
Being a country located at high latitude, this completely rules out mid-April to mid-August. During these months, there will be no darkness and definitely no Northern Lights to view. This presents the possibilities that abound in the winter months. Depending on the latitude, Iceland experiences just about four hours of daylight during midwinter. The months for this are from late September to late March. This is the perfect time of the year to pack your backs and come searching for your next adventure. Yearly, Iceland experiences the March and September equinox. During this time, the Northern Lights are usually at their peak. The nights are darkest in Iceland from November through January, and this gives you a chance to seek out the Aurora Borealis for as long as from mid-afternoon till the next noon. However, if there is one thing you can be sure of, it is that it will be worth it in the end. 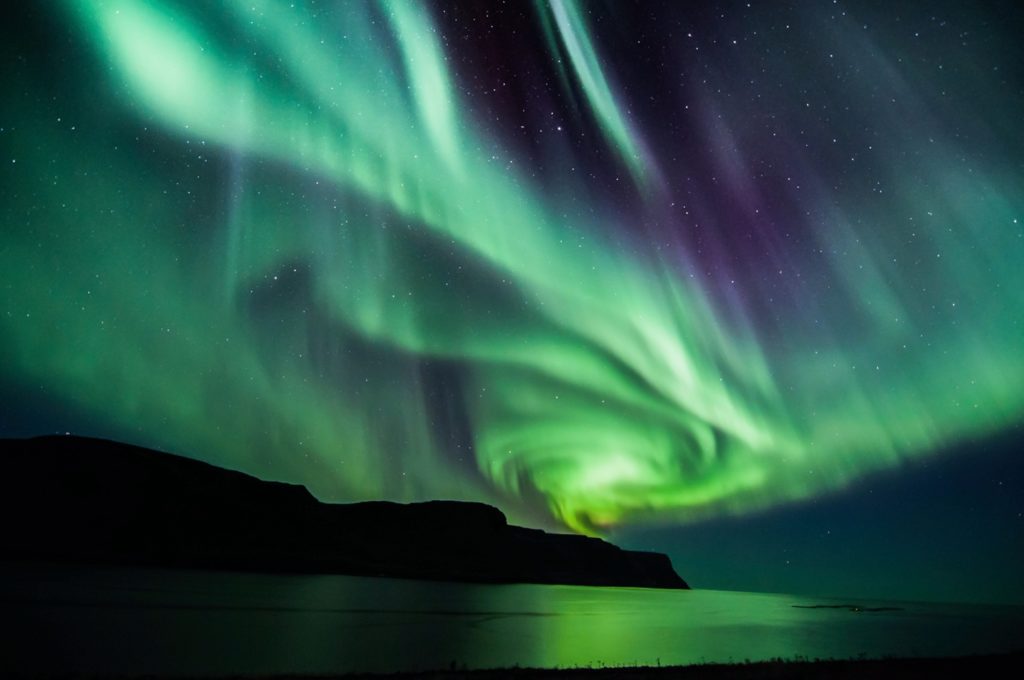 Going to Iceland in mid-winter has other advantages. You will be able to experience the country covered by a beautiful blanket of snow, visit the crystal blue ice caves, and generally have the time of your life. The downside to this is that this time also signals one of Iceland’s worst weather. Sometimes, clouds could completely block the skies, including the Northern Lights, for as long as weeks at a stretch. It is not unheard of to experience storms during this season too, with the results being the cancellation of tours and lack of access to major roads. Moving into autumn and spring, the weather becomes milder although still unpredictable. However, the clouds are less covered, and though there is a reduced chance of seeing the Northern Lights due to higher daylight hours, you get to enjoy better weather.

The best time of the day to see the northern lights

We know for a fact that the skies have to be very dark to be able to see the Northern Lights. Automatically, this rules out the chances of viewing them during the day. There is a widespread opinion that the Aurora Zone is pitch black throughout winter. This couldn’t be more wrong. Although the sun doesn’t appear during the horizon, the shortest day which is December 21st still has about four hours of grey/blue light, which makes it impossible to see the Northern Lights.

As long as there is darkness, the Northern Lights can be visible at any time. However, the best time to look out for the Aurora is between 9:30pm to 1 am, which research has shown as the optimum time. 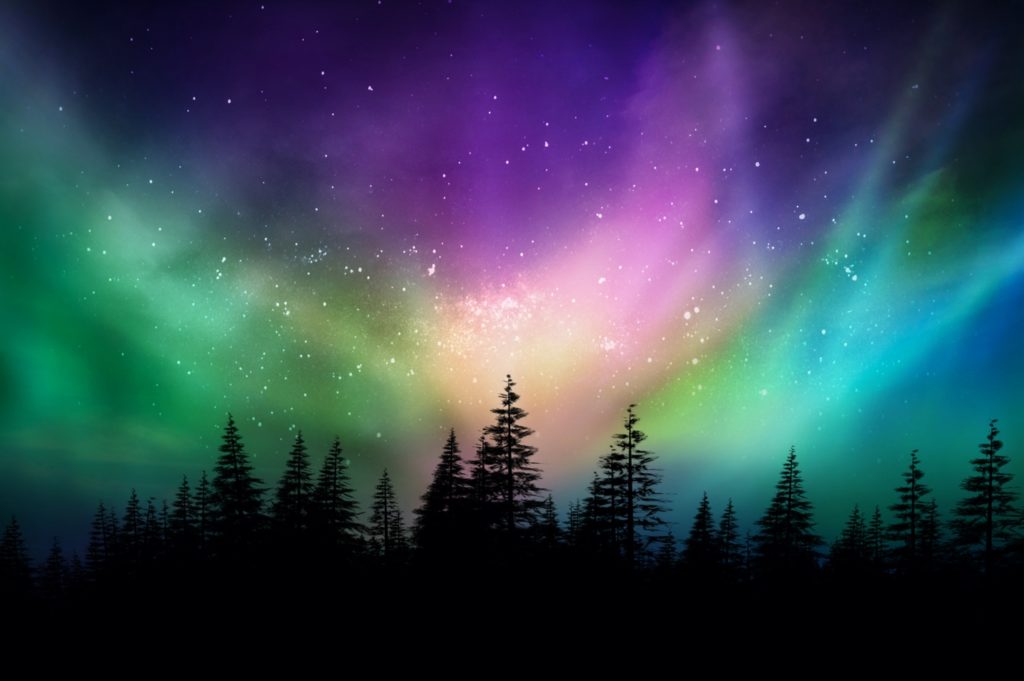 An excellent place to start hunting for the Northern Lights is in Reykjavik. You can do this independently with your rented car. You have the opportunity to search throughout the night for the Aurora. Of course, you should leave out sunrise and sunset as light pollution would considerably dim the skies.

If you would like to think beyond seasons and night times, then you will find the 11-year cycle interesting. The Northern Lights displays have been found to correlate with an 11-year cycle in the perturbations of the sun. In simple terms, the restlessness of the sun increases the visibility of the Aurora. When there is a maximum solar activity, Northern Lights can be visible in all its glory for as long as three years.

The Northern Lights and Solar storms

If you are in an area in Iceland with clear and transparent night skies, solar storms can result in unpredictable displays of Northern Lights. With solar storms come maximum solar activity, and of course, the beauty of the Aurora Borealis. You can track solar activity in your area using several tools available online.

Can you view the Aurora Borealis in summer?

Although winter has been established as the best time, you can view the Northern Lights during the beginning and end of summer. While this doesn’t happen all the time, there are still chances of the Aurora being visible at these times. This is because the sun never sets in Iceland during the time around the summer equinox, usually at the end of June. Instead, the sun circles around the sky until it touches the southern horizon. Despite this, the short hours of darkness that occur at the beginning and end of summer gives a chance of seeing the Aurora Borealis faintly. Surrounded by a dusky sky, the unique display of the Northern Lights can dazzle you in summer. The perks of visiting Iceland in the summer include the opportunity to take part in lots of other summer activities while enjoying the mild weather. 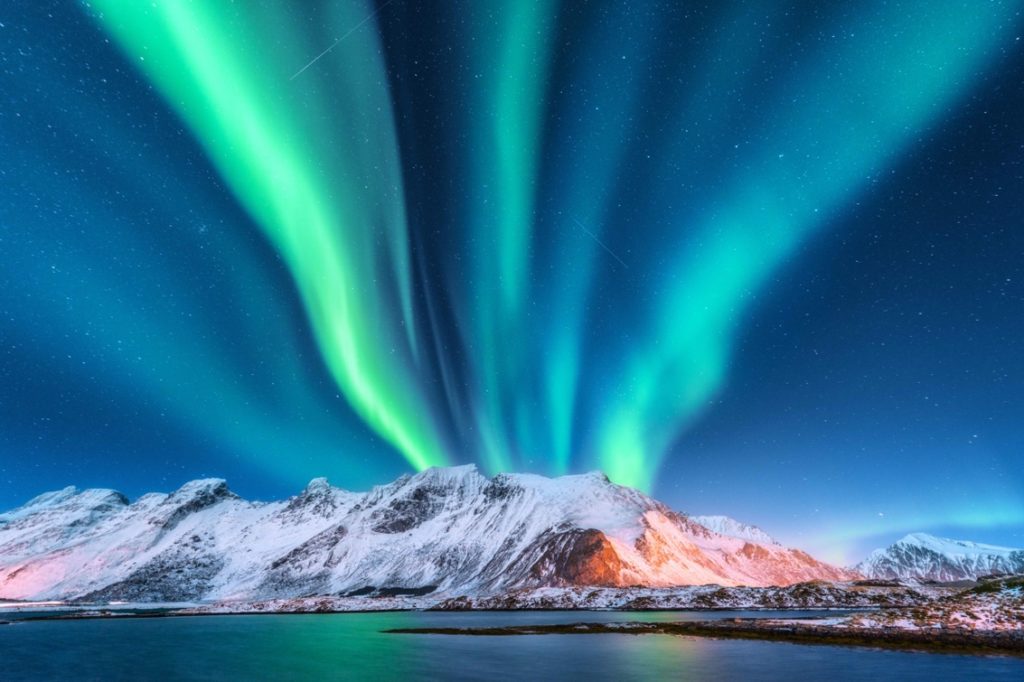 Instead of waiting for a clear winter’s night, there are a few hacks you can put in place to optimize your chances of seeing the Northern Lights. Although we can’t deny that witnessing the Aurora Borealis also requires a little bit of luck, it will be quite silly to hope to see this fantastic display of nature without putting any solid plans in place. Some travelers have the bad luck of not having any success when hunting for the Northern Lights due to a cloud cover or very low solar activity throughout their hunting time. Others may have that extraordinary luck of seeing it without searching for it. Regardless, the wisest option is to take several simple steps that will increase your chances of seeing the Aurora Borealis immensely.

Of course, you are visiting Iceland with mostly the Northern Lights on your mind. However, don’t let the search for the Northern Lights stop you from indulging in a wealth of year-round activities. Regardless of the season, you can enjoy other activities like snowmobiling, snorkeling, and glacier hiking before heading out at night to search for the Aurora Borealis. One more thing: don’t forget to head out with as many layers of warm clothes as you can. It is going to get cold, and you don’t want to freeze while hoping to see a thing of marvelous beauty. Having a mug of hot cocoa close by would certainly not hurt, and when you finally see the magnificence of the Northern Lights, you can stay out and marvel over it for as long as you want — the final and most crucial ingredient when Aurora hunting is patience. The incredible rewards you get for being patient will remain an indelible mark in your memory for the rest of your life. 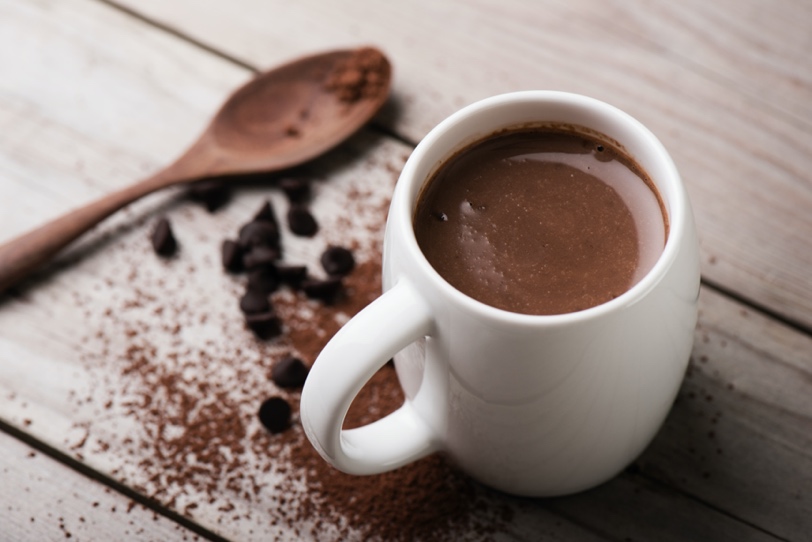 Reykjavik Outventure has a great small group Northern Lights tour. On this tour the guests get hot home made chocolate and cinnamon buns from the best bakery in Iceland.
You can check the tour out here.

Reykjavik Outventure also has a private tour where you can enjoy the lights with a private guide and only with your partner or family.